All canines are susceptible to carry genetic disease traits and passing them onto their offspring with results varying from fatal to minimal.  Many years ago, there was no proactive way to test dogs for various disease traits prior to breeding them.  Scientists have worked tirelessly to isolate and identify specific genes that cause various diseases and created methods to test for the genes.  There are numerous reasons for dogs to have genetic testing prior to being considered as breeding stock.  According to a 2016 APPA study (http://fortune.com/2016/08/26/pet-industry/ ), people have spent over $38 billion on food and veterinary care in only one year.  These increased feeding and healthcare costs as well as the broken hearts that families experience due to results of untested breeding pairs are two of the many reasons that genetic testing is required to be a member of the Guild.  There are several companies that offer genetic testing, and many have Labrador Retriever specific panels.

Labrador Retrievers are known to carry 7 main diseases.  To be a member of the Guild, one must pledge to test their stock for at least the 7 main diseases as well as perform certifications for hip dysplasia (through OFA or PennHip) and elbow dysplasia (OFA).  There are other recommended tests such as CERF, which tests the heritable eye disease, and a cardiac evaluation.  To do improvements with testing doesn’t mean only breeding dogs clear of all genetic diseases, but breeding dogs in light of their health and the genetic diseases they carry to avoid producing affected puppies in conjunction a long-term goal to eliminate as many diseases as possible.  This is one of the main reasons for the Guild; to help educate potential breeders not only on the importance of genetic testing, but the ramifications of it as well.  One may think that only dogs that are clear of all heritable diseases should be bred.  In doing that, a sizable portion of the gene pool would be eliminated, and positive character traits could be lost indefinitely.  Being a carrier of a specific disease in and of itself should not necessarily be a disqualifier as breeding stock.  However, through proper mentoring and education, the whole picture of the dog (the benefits and drawbacks) can be assessed to determine whether or not the dog should be used in a breeding program.

First, these recommendations are not all-inclusive or exhaustive and are meant as a general guideline.  Second, most of the gene abnormalities that will be described requires two copies of the abnormal gene to produce an affected offspring.  It is of the utmost importance to learn which genes are dominant and only require one copy to produce an affected, or symptomatic, puppy  and will aid in understanding the consequences of breeding carriers, clear, and affected dogs.

Expense for this test – Fees for x-rays vary, however they are approximately $150-400 for x-rays plus fee to send to OFA.

Expense for this test – Like hip dysplasia x-rays, the price varies.  One can expect an approximate cost $150-400 for x-rays plus fee to send to OFA

How to know if genetic testing has been accomplished before breeding ?

If any breeder cannot provide you with PROOF that these genetic tests have been done, buy at your own risk! Some breeders claim that their dogs have never had health issues and neither have the pups they’ve produced but as previously stated, some diseases may take as many as 9 years or more to show symptoms.  As with all genetic discussions, it must be understood that nothing is guaranteed.  As equally important to understand is results of testing are only as good as those collecting the specimens and the methods of running the tests.  If an individual makes a mistake, such as mixing up swabs, then the results the laboratories produce will not be accurate.  Also, if a laboratory only runs the tests one time, instead of in duplicate, then there is a chance that a false result can be justifiably produced.  When choosing where to accomplish genetic testing, or what laboratories to accept testing from when purchasing a puppy, it is important to learn how each laboratory runs their tests and reports their results.

At this time, there are two companies that are known to test in duplicate and have breed specific testing; PawPrint Genetics and Embark.  The following links may be used to be linked directly to their respective websites and panels: 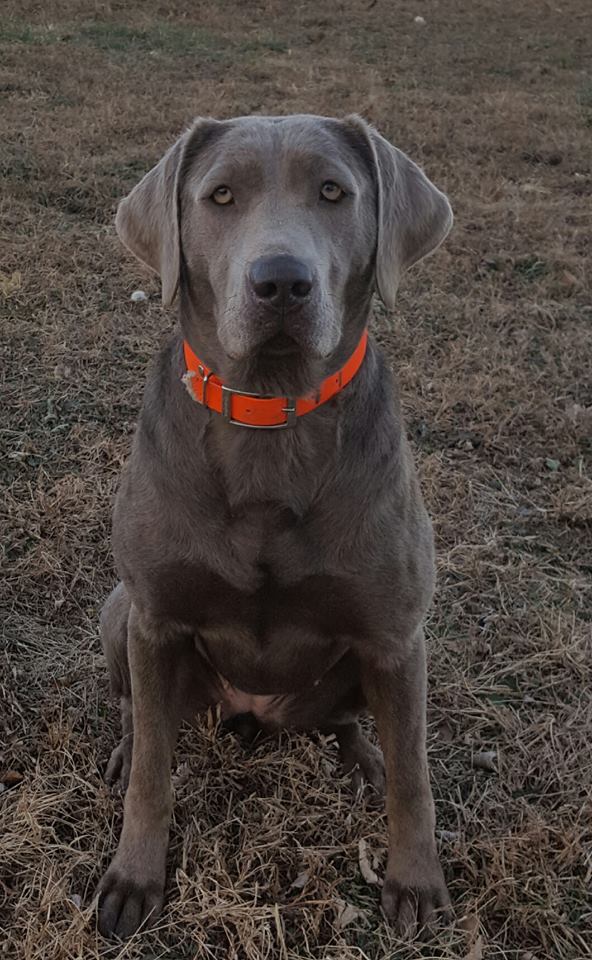 We will get back to you as soon as we are able!